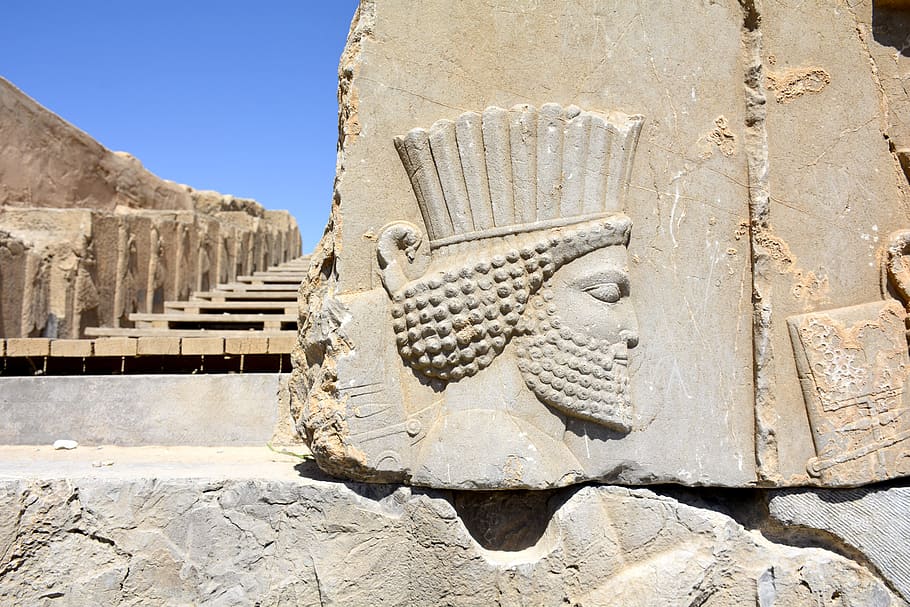 The BBC yesterday reported that while corona transmission is slowing in developed countries, it is spreading rapidly in developing countries. Iran is one of the countries where the infection spread first, but it seems that the spread of the infection has not stopped and it is still struggling. It seems that the government's countermeasures against corona have been delayed, and the dissatisfaction of the people seems to be increasing. Do you know the country called Iran? Located in the east of Turkey, the country has a population of over 80 million and is a regional power alongside Turkey. This country is quite misunderstood, so I would like to introduce it with my experiences.

Historically, Iran's predecessor, the Persian Empire, has built a global empire. The famous battle with the Greek civil nation represented by Athens is described in the textbook of world history as a great victory on the Greek side. However, I think this is a perspective distorted by Western historians. If you look at the Persian and Achaemenid dynasties at that time, such as the battle with Greece, it is one of the local wars, and it has only the impact of giving up Cuba by USA.  At the peak of the Achaemenid dynasty, Persia was a huge empire that covered Pakistan from the east to the Balkans in the west and Central Asia from the north to Egypt in the south. Exactly when the Ottoman Turkey peaked,  the land overlapped. It is a country with a long history and almost no conquest in history, so there is considerable pride in the history and culture of its own people, and it would be a problem if they were to be compared with Arabs in the Middle East. I think it would be reasonable to take a backlash against them, considering their history.

It was actually Iran, the destination of my first overseas business trip. At that time, it was during the Iran-Iraq war, so when I asked a senior who had just returned from Tehran, about the local situation, he said, "It's better not to go there now." However, as a result of my youthfulness, I had a strong desire to go on an overseas business trip, so I ended up going on a business trip. I don't remember the flight route at that time, but I think it was Iran Air's route via Beijing. Iran was already in bad relation with the United States, but I remember the plane used a Boeing 747. Japanese cabin attendants also appeared, and it was impressive that they ware working with a veil. What surprised me when I arrived in Tehran was that every night an air raid sounded and a missile fired from Iraq landed in Tehran. Since this missile was extremely inaccurate, it could fall into the residential area of ​​citizens, and I was afraid to hear the missile's impact sound every night.

It was the worst business trip in my life

The purpose of my job was to go to Ahwaz, a city near the border with Iraq, and meet with a steel mill there. Since the city is near the border with Iraq, direct flights from Tehran have been suspended, and I had no choice but to fly to Shiraz, which is near the Temple of Persepolis, and then drive to Ahwaz. I arrived at Shiraz and had dinner at the hotel, but the guests were sparse, and even if I asked the waiter to cook the dishes listed on the menu, none of them were possible. The cigarette I brought from Japan was useful here. I had been advised by a representative of Tehran office to buy Marlboro or Kent, but when I put Marlboro on a table, the attitude of the waiter changed suddenly. I was asked if I could give you a cigarette, so when I said yes, he looked very happy. When I tried to order the dish that was said to be "not available" again, I got the reply that it was there this time. At that time, foreign cigarettes were valuable and they wanted so much that they could get out of their throat. The next day, a jeep dispatched from the Ahwaz Steel Works was waiting in front of the hotel. The season ended in August, and the temperature of Shiraz was around 19 degrees Celsius at 9 am. I thought it was comfortable, but it was a scorching hell for eight hours when I was driven by a car through the desert. It reached a maximum of 53 degrees, but the jeep did not have an air conditioner, and it feeled like I was out of breath. This was the first time I had the experience that even if I opened the car window, it wouldn't be cool. When you opened the window, it was like applying a hair dryer to your face. I could not stand it. I finally arrived at my destination Ahwaz, but at the moment when I was passed by a guesthouse prepared by the steelworks, I couldn't help but feel the darkness and smell of the detention center. I told a lie the staff of steelworks tha I had already booked a hotel in the city.  After that, I took a room at a hotel in the city, but because it was close to the battlefield with Iraq, the hotel had become a war wounded hospital. I was stunned to see the bloody Iranians being carried into the hotel one after another. However, the next day I left Ahwaz, returned to Shiraz and headed to the airport to return to Tehran, but when I arrived at the Shiraz airport I noticed something strange. The airport inspection was unusually strict. I heard that the last flight to Tehran had been hijacked and it went to Iraq, the enemy country. It was a really tough trip, and I've traveled hundreds of times since then, but no more dramatic trips than this first one. I had a terrible experience, but on the other hand, I learned important things.

Unexpectedly, I was surprised that many Iranians love America and American culture. As I mentioned earlier with Marlboro and Kent, they also love Coca-Cola and American pop songs, and many rich Iranians wanted to have their children study abroad at an American university if possible. When I asked an Iranian businessman whether to buy Ford or Toyota for the same performance and price, he laughed with his nose and replied, "Of course, Ford." When I was invited to their home, whiskey came out and ladies wore skirts. I thought that Iran was an anti-American country, but that ws the position of the Iranian government, and most of the people are different. Interestingly enough, there are two groups in the Middle East: the government is anti-American, the people are pro-American like Iran, and the government is pro-American, the people are anti-American like Egypt. Currently, the true intentions of the people are being suppressed, but I think there is a good chance that Iran will return to the country of the pro-America for some reasons. Prior to the Iranian Revolution in 1979, the US allies in the Middle East were Israel, Turkey and Iran. History repeats itself. I think it is necessary to pay attention to the situation in Iran in the future. As with North Korea, I would like to avoid a scenario where Iran suddenly returns to an ally of the United States one day, leaving only Japan behind.

« Problems of EU - The role of Germany Misunderstanding about UK »
Profile