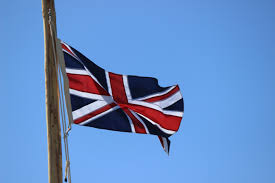 According to BBC, British corona-related deaths have finally passed Italy and become the largest in Europe. Unlike other European countries, the United Kingdom initially aimed for population immunity, but then changed its policy due to the rapid increase in the number of infected people. This initial mistake has caused sharp increase of infected people. Although Prime Minister Johnson fell into Corona himself and entered the intensive care unit, he recently returned to work. The country of Britain has the challenge of Brexit in pararell with Corona. They have already left the EU, but by the end of this year they need to conclude the withdrawal negotiations with the EU. Some say Britain will continue to decline with the departure from EU, but I don't think Britain will weaken so easily.

A country that won't lose war-UK

The country of Britain is known for not losing war so much. Since defeating the most invincible fleet of Spain in 1588, I think it has been almost unbeatable for the major war. I think the defeat was only the American Revolutionary War and the battle of Gallipoli who tried to occupy Turkey, which had been unstable immediately after the World War I. Even that Napoleon is defeated in the Battle of Waterloo. (British was so happy that it still remains in the name of the station in London. ) They have even had a pretty unreasonable war. The opium war that appears in the textbooks of history is the case. It's really messed up by war against oppressed opium trafficking. I think thorough realism is one of the reasons why they continued to win the war. The British politician Palmerston left the saying, "There is no eternal enemy or ally in Britain. There is only eternal national interest." The realism would have brought victory.

The power of intelligence

Their strength lies in their ability to build intelligence and international public opinion. Intelligence is the ability to collect and analyze information, but they calmly analyze their strength and formulate strategies with that they cannot be defeated. Before the Russo-Japanese War, Britain will form a Japanese-English allianc. This is a military alliance against Russia as a common enemy, but some criticized whether the British Empire, which was said the sun never set in at the time, would make a military treaty with Japan, a small country in the Far East. In fact, it seems that Britain did not conclude a treaty to help Japan, but teamed up with Japan to divide Russia's force into east and west. In fact, it was the Japanese army that was exhausted after fighting Russia, but it is British tactic that makes friendly countries fight and gain a real profit. In fact, it is said that Britain made a lot of money by the Russo-Japanese War. The financial world and intelligence are, in fact, in a close relationship. In the financial world at that time, no one would have thought that Japan would beat Russia, so Japan had a hard time raising war money. It was the British financial world that helped Japan. Mostly Jewish financial capital actively bought Japanese government bonds. Then, Britain had their warships bought by Japan, and they quickly got information on Japan's victory in the Battle of the Sea of ​​Japan and made a profit in the financial market in London. The prices of stocks and government bonds change greatly with just one piece of information. For example, if you can get information that a corona vaccine was developed earlier than anyone, you can make a lot of money with the stock of the company that developed the vaccine. As you know, there are many world-famous news agencies in the UK, including the BBC and Reuters. The British are the people who know that information makes money better than anyone. It is good at making industrial products such as Germany, but there is no global news agency there.

There is another strength in Britain. It's in English. Having English as the mother tongue became more and more advantageous due to the spread of the Internet. It is also linked to the colonies of the past in English and is still forming a loose coalition called the Commonwealth. India, which is expected to grow rapidly in the future, is among them. Former British colonists still respect England, and sons of rich family often study at British universities. Compared to France, Britain feels better at interacting with the former colonies.

Britain controls the whereabouts of the US-China conflict

Currently, the US-China confrontation has been tumultuous over the origin of corona, but no matter how much the President Trump is noisy, it is difficult for the United States alone to become an international public opinion, but if the United Kingdom joins this, the story will change. However, since the UK also makes money by depositing Chinese money, I don't think it will easily hold the shoulders of the United States. It is Britain that goes exactly to the ground "There is no eternal enemy or ally. There is only eternal national interest." For a while, Uk will be watching the sights. Britain is as clever as ever.

« Misunderstanding about Iran After COVID19, what will happen? »
Profile