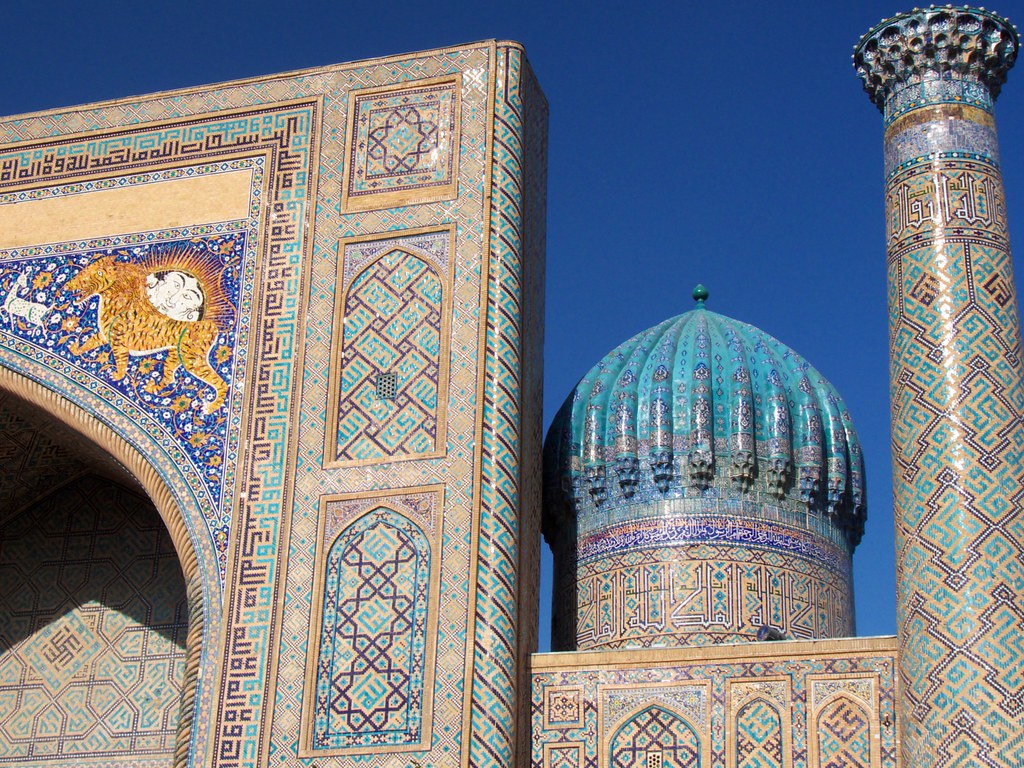 Uzbekistan, a powerhouse of Central Asia

This country is at the heart of the Silk Road, and the cities of Tashkent and Samarkand have long flourished as oasis cities. A long time ago, a hero named Timur created the Great Empire and conquered Central Asia to parts of Turkey, but it was in Samarkand that he set the capital of the empire.

But then Uzbekistan was incorporated into Russia. With the collapse of the Soviet Union in 1991, Uzbekistan became independent. After independence I traveled a lot to this country, so today I would like to tell you about some unknown aspects of this country.

Since Kazakhstan produces crude oil, oil majors in Europe and the United States made huge investments and Kazakhstan became rapidly rich. However, although Uzbekistan has natural gas, it is a dual landlocked country (the other is Liechtenstein) that are only two in the world, so even if they try to export natural gas, they will not reach the open sea unless they go through two foreign countries.

It would have been an intimidating feeling to look at the neighboring Kazakhstan as it became richer. Because in the former Soviet Union, the center of Central Asia was Uzbekistan.

Where was the fourth largest city of the Soviet Union? You'll see Moscow, Leningrad (now St. Petersburg), and Kiev (now Ukraine's capital), but it's quite difficult after that. Actually, it is Tashkent (now the capital of Uzbekistan). All four cities have subways. The subway was the status symbol of big cities at the time.

In the Soviet era, theaters are another status symbol for big cities. In the big cities there are fine theaters for ballet and opera.

There is also a fine theater in Tashkent, the capital of Uzbekistan. The theater, known as the Navoi Theater, was actually built by Japanese soldiers who were taken prisoners of war.

Not only in Uzbekistan, but also in neighboring Kazakhstan and Turkmenistan, memorials still remain.

Japanese detainees sent to Tashkent are ordered to build the Navoi Theater. I think that they were supposed to work without much food (I guess the people of Uzbekistan were in a difficult economic state under the socialist economy at the time), but they made a good building.

President Karimov was a pro-Japanese family

A major earthquake hit Tashkent in 1966, and most of the main buildings collapsed. At that time, the building that survived the collapse was the Navoi Theater created by the Japanese soldier. At that time,the citizens of Tashkent reportedly used the theater as shelter.

Uzbekistan's first president is Karimov, who is known as a pro-Japanese politician. When he passed through the construction site of the Navoi Theater as a child, he saw Japanese soldiers working seriously, and his mother said, " The Japanese are diligent even if they become prisoners of war.  Please imitate them. "

He was a pro-Japanese leader until his death. Of course, his childhood experiences may have been intense, but I think he had other reasons for his focus on Japan.

When Uzbekistan was independent from the Soviet Union, it was not unusual for the countries around it to threaten independence. Certainly, there are many countries that could exert hegemony, such as Russia, China, the United States, Iran, and Turkey. Uzbekistan needed a country to help them.

As a result of their desperate investigation, they selected Japan. It seemed that they are most likely to give financial assistance, and there was no danger of hegemony.

They aimed and worked hard on the Ministry of Finance, Japan's strongest ministry. Uzbekistan is the only country in Central Asia that has actively approached the Japanese government. They are great strategists.

Uzbekistan has many attractions

If you are interested, we recommend visiting Uzbekistan. Samarkand, Bukhara, Khiva and many World Heritage Sites.

Besides, the food is delicious. After all, where there is culture, there are delicious meals. It is easy to get used to by Japanese people because it has a profile called the prototype of Pilaf, and Ragman like Udon.

If you get tired of Uzbek food, try Korean food. The reason why it is Korean food in Central Asia is that there are many Koreans who were forced to relocate during the Stalin era to live in Uzbekistan. The number is said to be over 200,000.

Since they are the third or fourth generations of immigrants, they can't speak Korean and their names have changed to Russian, but they cook Korean food inherited from grandpa and grandmother, which is a valuable oasis for Japanese people. Due to its close relationship with South Korea, Korean Air and ASEAN Airlines are flying non-stop flights to Tashkent. When the corona is over, I highly recommend visiting the unexplored Uzbekistan.