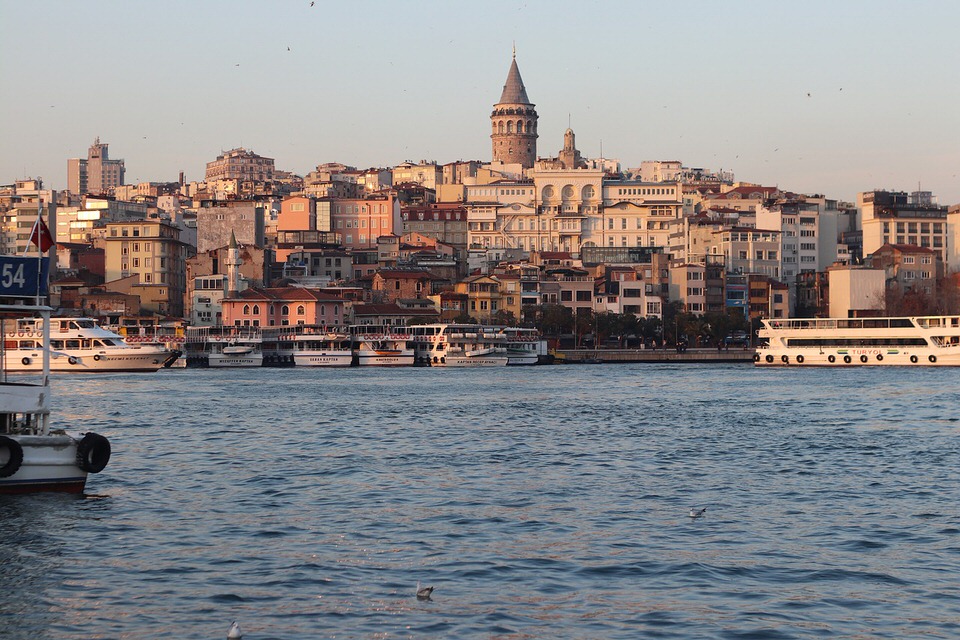 According to the Turkish national newspaper Hürrlyet, 15.6% of the total population of 82 million people is in the age group of 15 to 24 years old in Turkey . It is said that the proportion of this youth group will gradually decrease in the future, but it is overwhelmingly high compared to EU28 countries.

By the way, Japan is 49 years old. Isn't it surprising that about half of the population is over 50?

Whether the population is young or not has a great impact on the economy. Turkey is currently growing due to its young population. I think that if Turkey joins the EU, where the birthrate is declining and the population is aging as well as Japan, it will lead to economic revitalization of the EU, but Turkey's EU accession negotiations will not proceed at all.

Turkey's EU accession negotiations began shortly after 2002, when the current Turkish ruling AKP took power. It seemed surprising to the Turkish people that the Islamic AKP embarked on the EU membership, but the AKP actively announced that it would join the EU.

Pre-examination is required to join the EU, and it will be examined whether the candidat country is ready to join the EU in various fields such as politics, economy, human rights, trade and environment. Conversely, domestic laws and rules must be revised in line with the EU. Turkey also tried hard to revise various laws to bring it up to the level required by the EU.

In this way, Turkey's investment environment and product standards have reached the level of the EU. This was good news for foreign investors. If Turkey complies with EU legislation and standards, it would be easier to invest in Turkey and there would be no problems in selling products made in Turkey in the EU market. In this way, Turkey has become a country that receives a large amount of foreign investment since the beginning of the 2000s.

On the other hand, it is said that the Turkish government had a hidden aim.

Turkey is a country where secularism is strictly defined by the Constitution, and the military is allowed to cause a coup to a regime that threatens this basic principle. In fact, several times in the past the military has caused coups to overthrow the regime.

However, the military may cause a coup, which is contrary to the principle of Civilian Control (a government elected by the people controls the military).

The EU also requires Civilian Control as a prerequisite for EU Member States. The Turkish ruling party, AKP, who was enthusiastic about containing the military coup, gradually eroded its privileged rights by leveraging the conditions for joining the EU.

Turkey is ahead of Eastern European countries

Negotiations on Turkey's accession to the EU was delayed.

On the other hand, Eastern Europe, the Baltic States, and other countries that applied for membership later were accepted one after another.

The Turkish people are grudgingly looking at the fact that countries, such as Romania and Bulgaria, that are clearly inferior to Turkey in economic terms, join the EU first. Why is Turkey not allowed to join?

First of all, Turkey has a very large population. It is often called “Too large to join”, but if Turkey joined the EU now, it would become the country with the largest population in the EU. As the composition of the members of the EU parliament is population-based, Turkey would have the largest seats. It is said that this is not easily accepted by the EU.

There is another reason. Personally, I think this is the most important thing, because most people in Turkey are Muslim. The EU is a Christian club. The EU does not state the reason for this. This is because there are many Muslims living in France and Germany. However, I think there is a sense of disagreement with Muslims in the real part.

Turkey on its own route

Recently in Turkey, many people have given up saying they can't get it in the EU. Being a proud Turkish people,they do not want to bow down to the EU.

Turkey has a customs union with the EU, so in terms of trade it is the same as being a member of the EU.

To the EU, "We understand you don't let us in. If Turkey joined, we would have earned pensions for the people of the EU. It's too late for you to regret later." Turkish people has started to say.

Certainly, Turkey, whose population is overwhelmingly young, may have become a valuable labor force in the EU, where the birthrate is declining and the population is aging. I think it would be easier to solve the Syrian refugee problem,

Can Turkey team up with UK?

In the future, Turkey will not enter the EU and will proceed on its own route, but I think the important thing is the relationship with the UK.

After the referendum on Brexit, Turkey was the first visit by Prime Minister May at that time. Perhaps Britain thought Turkey was the most effective way to restrain the EU.

For Turkey, UK is perfect as a market and a fundraiser. Moreover, the United States is in the back, and it has a great influence on international public opinion.

Although the environment is different now and then, considering how Japan could exert its power in the international community during the time when the Japan-UK Alliance was effective, I think Turkey should aim for a cooperative relationship with the UK.  By the way, the grandfather of British Prime Minister Johnson is of Turkish descent.

« Misunderstanding about Turkey - History… The Problem of EU - Refugee »
Profile