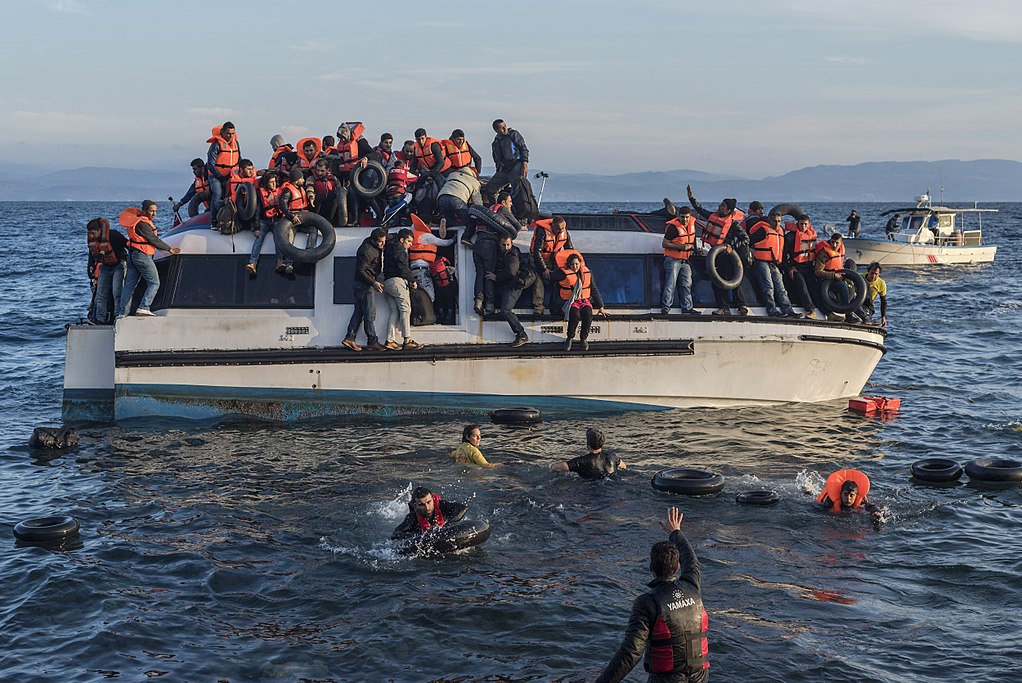 The Melancholy of the Refugee Problem

Yesterday, I picked up the euro as a European problem, but Europe also has other serious problems. Today I would like to talk about refugee issues.

According to UNHCR, who is in charge of refugees at the United Nations, refugees are defined as "people who have crossed national borders and asked for asylum to escape political persecution, armed conflict and human rights violations". There is another word "immigrant". This refers to people who move to another country for economic reasons.

Although the acceptance of immigrants can be changed depending on the host country, refugees are people who have fled from civil war, so once they step on the land of the EU, the EU must accept it from a humanitarian perspective. Therefore, many refugees from Syria and other countries are aiming for Europe.

Syria had a population of about 22 million before the civil war, but it is said that more than 30% of them are refugees. In addition to this, people who have been refugees in Africa and Afghanistan are rushing to Europe like a big tsunami.

There are several routes for refugees to travel to Europe, the most important of which is via Turkey. From Turkey to the other side of the Aegean Sea, Greece is just a stone's throw away, so Syrian refugees smuggling at inflatable boats at night can not keep up. If the Greek side landed these stowaways, they would be forced to treat them as refugees, so they sent patrol boats at midnight to find boats for refugees and push them back to the Turkish side. For Greece, I think they cannot accept refugees even though their own economy is sluggish and the unemployment rate is extremely high.

As a result, Turkey, which lies between the Middle East and Europe, will serve as a breakwater to catch the waves of Syrian refugees and is now accepting nearly 4 million Syrian refugees. Turkey is by no means financially affordable, however, the Turkish people are not the ones who will repel their neighbors who have fled the civil war, so they accept it reluctantly.

This number of 4 million is equivalent to 5% of Turkey's population and is the world's largest refugee country. Syrian refugees have free medical and education access in Turkey. In addition, refugees have a high birth rate, with more than half a million Syrian children born in Turkey since 2011. Little is known about Turkey accepting refugees at this cost.

Germany, the country where refugees want to go

Many Syrians who have fled Turkey as refugees want to eventually go to Germany. Why? Of course, Germany may be an economic power, but Germany is a rare country whose constitution provides for the protection of refugees who have fled political persecution.

It is said that Germany incorporated such provisions into its constitution because it regretted the past history of persecuting many ethnic minorities in World War II, In fact, it is the most active in Europe for accepting refugees. and in August 2015 Merkel ignored the Dublin provisions (which stipulated that refugees could only be applied in the first EU member state) and even said that all refugees coming to Germany would be accepted.

If the prime minister makes such a statement, refugees will also want to go to Germany. In fact, this Merkel statement led to a large influx of Syrians into Germany.

However, at the same time, EU member states other than Germany complained about the cost sharing of refugees, and terrorism in Islamic countries that imitated refugees and invaded the EU occurred in severa; European cities and became a big problem called "the European refugee crisis".

Then, in March 2016, the EU-Turkey agreement was signed next year. This agreement can be summarized as follows. (Quoted from Toyo Keizai Online)

This agreement reduced Turkey's influx of Europe to Turkey by acting as a breakwater. But earlier this year, smoldering began to occur between Europe and Turkey.

On February 29, this year, President Erdogan said that for the refugees " we opened the door" to Europe. Many of the refugees who were staying in Turkey rushed to the borders of Greece, Bulgaria and Turkey in response to this statement.

This statement by President Erdogan was reported in the Japanese media as "Erdogan made an unreasonable demand for Europe." However, this is a biassed tone of the European media, so a supplementary explanation is required.

What was expected from the Turkish side was not given

Thanks to the EU-Turkey agreement of March 2016, Europe has stopped the influx of Syrian refugees, but the conditions expected by the Turkish side in return have hardly been fulfilled. Only half of the support money is paid.

From the Turkish side, I think it's inevitable if the EU doesn't keep its promise, even though it's helping to keep Syrian refugees in Turkish territory at a considerable cost.

The problem that divides Europe

Currently, Turkey and the EU seem to be renegotiating, but the inside of the EU is divided into two groups, one for refugees and the other for opposition to refugees, and it is unlikely that an agreement will be reached easily.

Britain hates the EU to impose conditions on this refugee issue, which is said to have contributed to its withdrawal.

In the future, Germany will be required to play a role as a EU leader in solving this problem. The refugee issue is a serious problem for the EU, although it is not so noticeable behind the corona.