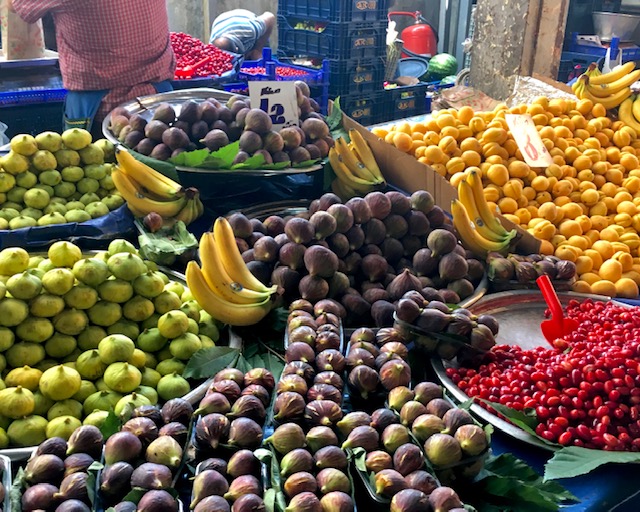 Ramadan (a fasting month, called Ramazan in Turkey) has begun in Turkey. Turkish TV station Haber Turk tells us about unusual citizens in a locked-down Istanbul. At the time of fasting, many citizens eat a meal called Iftar with their family and friends at sunset, but in the lockdown situation, many people seem to refrain from eating in group. In addition, in order to prevent the infection of coronavirus, it is reported that police officers use thermometers to keep the temperature of the visitors at the entrance to open market where citizens gather, and to limit the visitors to the entrance to prevent congestion.

Many people think that the fasting period is fixed every year because everyone has a fasting month, but in fact, it is based on the lunar calendar, so in the solar calendar, it shifts forward by 11 days every year. .It seems that this year is from April 24 to May 23, but the exact period may not be determined until the last moment because the theologian carefully judges the phases of the moon. You don't know this when you are in Japan. Fasting is of course based on Islam, but there are many misconceptions about Islam in Turkey, so today I would like to explain one by one.

All Turkish people are fasting.

This is incorrect. Turkey's first president, Ataturk, established the constitution in 1924, but secularism is defined as one of the important national policies. It not only guarantees the people freedom of religion, but also strictly forbids the country from being influenced by religion. In Turkey, where secularism is constitutionally guaranteed, not all Muslims fast, unlike Saudi Arabia and Iran, whose Islams are state religions. You all know that there was an empire called Ottoman Turkey, but in reality this empire also recognized religious freedom. Ottoman Turks have a strong cruel image that they approached the infidels as "sword or Quran," but in reality, it seems that if the tax is paid, the infidels are also allowed religious freedom. One of the reasons why we have been able to maintain such a great empire peacefully for more than 500 years is the tolerance for religion.

In Turkey, all women wear scarves.

This is also wrong. In the office I was serving, no Turkish woman wore a scarf. In ordinary countries, including Japan, Muslim women are allowed to wear scarves in public, but in Turkey it was forbidden to even do so until recently. It can be said that Turkey has strictly adhered to secularism. Similarly, it is France that forbids wearing a scarf, where a female student of an Islamic believer was recently arrested for wearing a scarf to enter college.

This is also a lie. I have many Turkish friends who are heavy drinkers. Some people are familiar with wine and even give me Turkish wine as a gift. When I asked a Turkish drinker, "Isn't Muslim prohibition of drinking?", I get the answer, "Nowhere in the Quran does it prohibit drinking?" There are certainly less Turkish people who drink than in Japan, but drinking is completely legal and wine is exported.

At the end of the 15th century, Christians reconquered the Iberian Peninsula. It is a so-called Reconquista. At that time, it is said that Jews living on the Iberian Peninsula were persecuted by Christians and fled a lot to Istanbul. The Ottoman Empire seems to have accepted the persecuted Jews and acknowledged their religious freedom. The Ottoman Turkey then expanded its territory and surrounded Vienna, and it was said that the Jews living in Istanbul were active in raising funds for the Ottoman at that time. You can see the personality of Turkey. Today's Turkish people also inherit the generosity of religion. Once in late afternoon of Ramadan, when I visited a Turkish businessman, a devout Muslim, he recommended me a cup of tea even though he had not had a drop of water from the morning. I told him, "You're fasting, so I can't drink," but he said, "I'm a Muslim, but you're not. I want to entertain you, so please drink . " I think this tolerance is the greatest advantage of the Turks. Another great point is consideration for the weak. Turkey accepts more than 3.5 million refugees from neighboring Syria. The Turkish people are suffering from this burden, but it is the character of the Turkish people who will help people when they see suffering people. It is not well known in Japan that Turkey is accepting Syrian refugees so much, but I would like to inform you that Turkey has made such sacrifices that refugees have not flown to Europe. .

« After COVID19, what will happen? Misunderstanding about Turkey »
Profile