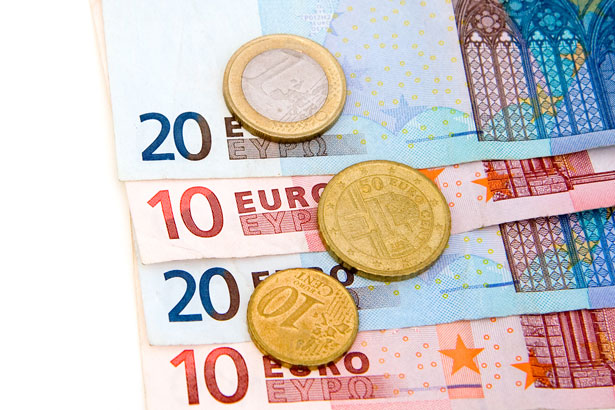 With the departure of Britain from EU, Germany has become a major pillar of the EU, both in name and reality. So far, Germany has been the strongest country in terms of economy, but I feel that it has been minimizing  external appeal. But from now on, they need to show their own vision and lead the EU.

Considering the future of the EU, many challenges await. I think the biggest challenge is the euro. The euro is used as a common currency in both countries with strong economic power in the north, such as Germany and the Netherlands, and weak countries in the south, such as Italy and Greece. The introduction of the euro has made traveling within Europe very convenient. Until then, the currencies were different for each country, such as Deutsche Mark, French Franc, and Italian lira, so I had to exchange money every time I went to a neighboring country in Europe. I used to travel from Athens in Greece to Paris by bus, but I had to spend four currencies along the way. Since the exchange fee was not cheap, the introduction of the euro was good news for foreign travelers. But recently there has been some squealing in this euro area.

Germany gained by introducing the euro

Germany is the most beneficiary country with the introduction of the euro. The euro area is a huge market (total population of 330 million people) comparable to the United States, but the introduction of a common currency into it has enabled them to do business without currency exchange loss. With the introduction of the euro, the most competitive Germany has succeeded in conquering most of the EU market. There was another phenomenon that was favorable for Germany. As I mentioned earlier, the euro is made up of a total of 19 countries with strong and weak economic power. The price of the euro is determined by the strength of all euro member countries, so even in  a strong country such as Germany, weak currencies can be used. This is a great advantage when exporting products outside the euro area. Before the introduction of the euro, Germany used its own currency, Mark, which was one of the strongest currencies alongside the Swiss franc. Since the euro was introduced, Germany has become able to compete in markets outside the eurozone using weak currencies that are disproportionately powerful.

On the other hand, it is the opposite for countries such as Italy and Greece, which is difficult because you have to compete with a currency that is stronger than they are. When using the original currencies such as Italian lira and Greek drachma, if the trade balance deteriorated, the value of the currency decreased and it became easier to export, but once the euro was introduced, such a mechanism did not work, and they could not exercise economic measures such as raising or lowering interest rates. In addition, if the Greek financial crisis occurs, it will be scolded by Germany and the Netherlands, which are the economic powers in the north, saying, "You should save more. This is because you spend money disproportionately." , They cannot increase public debt. Many deaths in Italy and Spain due to this corona infection are said to be due to the reduction of public spending on medical care under the strong instruction from EU headquarters.

Wisdom of the financial powerhouse UK

Britain is really careful at reading these contradictions of the euro from the beginning. They did not join the euro area. I think they couldn't forgive the existence of the euro that sealed the national monetary policy. Theyt left the EU this time, but I think that Britain was a half-body from the beginning, and it was aiming for the good points of the EU. I think the reason why Britain finally left the EU was that it hated the EU controlled by Germany.

In order for the EU to continue to have a sense of unity in the future, it is necessary to face the issue of how to solve the North-South problem of the euro zone. I think that the euro zone itself will not last long unless Germany, which is the most beneficiary country in the euro zone, makes some concession to Southern Europe, which is a weak economy. However, at such times, Germans tend to look from the top, saying, "Because you guys aren't working, that's what happens." I heard that Germany and the Netherlands are fiercely opposed to Corona Bond, a fund that is currently being considered in the EU to support companies and people affected by Corona. Germans are a country of discipline, so if they look at the people who are not working in the south, they may get angry, but they should not behave like an ant who has repelled the grasshopper, but should act as a leader that organizes the EU. I think this is important. Otherwise, the euro area could collapse. The eurozone is made up of the movement of people, the movement of money, and the movement of goods, but I think that if the essential movement of money is not free, its charm will be greatly lost. By the way, I don't own much euro now. I will wait for a while until this North-South problem is resolved.

« The Problem of EU - Refugee Misunderstanding about Iran »
Profile