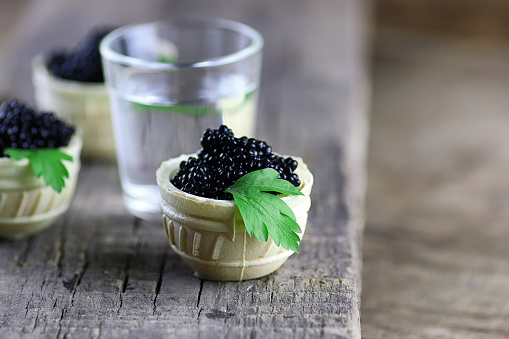 Common items of countries that succeeded in exterminating corona

The countries that have succeeded in defeating corona are Taiwan, South Korea, Germany and Israel.

I think these countries have one thing in common. It means that the country is always under the threat of invasion from neighboring countries.

It is possible for Taiwan to be attacked by China, South Korea by North Korea, and Israel by Arab countries.

You may say that Germany is different, but Germany was split into east and west until just 30 years ago. It was at the forefront of the Cold War, and I think there were a lot of enemy spies invading East and West Germany.

In such a situation, a solid security organization has been created to expose or track down spies and anti-government elements. It is possible that the remnants of such a system helped as this corona countermeasure.

In the old days, there was a secret police called Stage in East Germany, which kept silent even crying children, and they were monitoring the people. I recently watched  a German film "Sonata for the Good" (Original title: Das Leben der Anderen), which was an impressive masterpiece that portrayed the state of East Germany at that time.

In this movie, a young staff member of Stage gives a anecdote.

Heineckar General Secretary in around noon will be greeted as "Hello. Sun" to the sun. The sun is answered, "Hello. Heineckar".

At night, the Heinecker greets, “Good evening. The sun.” The sun does not answer. The sun has gone to the west.
This is a well-developed story, but this story was called "anecdote" and was widely spread not only in East Germany, but also in the communist countries.

I've been to Russia a lot since the days of the former Soviet Union, so when I had a dinner with them, I was always asked to hear Anekdot.

Anecdote made the translator crying. There was a lot of humor that Japanese interpreters didn't understand, and could not understand unless they understood the environment and culture in which Russians lived.

There are many times when I was asked by an interpreter, "Please laugh even if it's not funny so that you don't make Russians unhappy." For example,

The Russian Patriarchate of the Orthodox Church participated in a party to celebrate the return of Gagarin, who made the first space flight in the world, and asked Gagarin.

"Did you see God when you were flying in space?"

"My son, keep in your chest what you couldn't see God."

After a while, General Secretary Khrushchev asked Gagarin the same thing. Gagarin, who remembered the interaction with the Patriarch, answered with confidence.

"Comrade, don't tell anyone that you see God."

This can only be laughed if we know that Communism did not recognize religion and that Russian Orthodox Christianity suffered from the oppression of the Communist Party. However, some of the anecdotes that Japanese people can laugh at are also introduced here.

Someone was caught in the Red Square in Moscow, yelling, "The Secretary-General Brezhnev (the dictator at the time) is an idiot."

Why was it caught? Is it an insulting crime?

No, it seems to be the crime of leaking state secrets.

After a time slip at the end of the 21st century, various human parts were already on sale. I asked the store owner, "I'm stupid, so I want to replace my brain. Please introduce me a good one."

The shopkeeper pointed to the brain there. "This is the brain of the scholar who won the Nobel Prize."

When asked, "Is there anything better?" "Okay. This is the best. It's the brain of the commander of the Egyptian army." When asked how much, he answered, "It's a million dollars."

"The scholars who won the Nobel Prize are $100,000, why the Egyptian commander is $1 million," the shopkeeper replied. "This has never been used."

Anecdot is also characterized by many stories related to Jews. Even in Russia, it may have been anecdote who cleared their rabbits, which were subjected to severe discrimination and repression.

How to spend a night in Russia

Russian nights are long. At the dinner, the people around the table will introduce anecdotes one by one, and a vodka toast will be held after the anecdote.

You don't have the habit of having fun cramming like you do in Japan, so you have to take a quick drink. If there are 10 people at the table, it will be 10 drinks.

Japanese writer Yu Sato said "You have to be a drinker to become a true friend of Russia," and that's exactly true.

Vodka is a delicious liquor, but it is extremely dangerous. When you are invited to a banquet with a Russian, it is recommended to put the appetizer in front of you as much as possible in your stomach before the anecdote begins.

Don't forget that if you are hungry and take part in a toast, you'll be drunk in no time and you'll miss the chance to hear a funny anecdote.