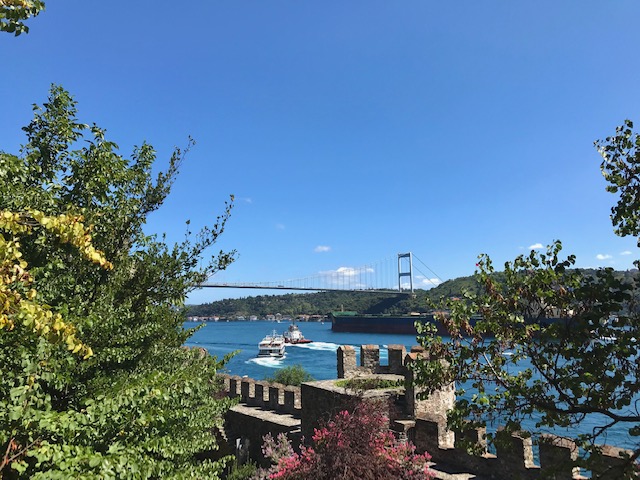 The Turkish national newspaper Hürriyet has published an article about foreign tourists who are unable to return home. Two cases are listed.

These are not individual. I was staying in Istanbul in the end of March, but the number of infected people in Turkey at that time was much smaller than in Japan, and I thought it would be safer to stay in Turkey than to return to Japan. However, I think it was March 23, but in a TV interview, Turkish Airlines Chairman said suddenly that the direct flight to Japan would stop for the time being. I was worried about this announcement. I decided to return to Japan by weighing the advantages and disadvantages of remaining in Istanbul. This decision seems to have been correct. The direct flight I took on March 25th was the final flight. However, I was able to make such a decision because, unlike group tour guests, I was in a position to freely decide the travel schedule at any time. This is usually not the case. After that, the only way to return to Japan was via Doha, Qatar. There shouldn't be this now either. There are probably many Japanese who have gone abroad but have lost their means of returning to Japan. The spread of the infection was quick as if the dead grass was ignited, so if you hesitate to make a decision for a moment, you will be blocked in all directions.

Overseas travel and business trips are always at risk. However, the risks that have been the main targets until now have been the risks of being involved in terrorism and being stolen. It will be different from now on. You have to face the risk of invisible infections. This will continue to have a major impact on the psychology of travelers. Once infected, not only are you not allowed to leave the country, you will be quarantined for the time being. In that case, anxiety is raised about the level of medical treatment in the country where you were stopped and communication with medical personnel. Even those who have traveled abroad a lot like me have become anxious, so I think the hurdle will increase if someoen go abroad for the first time or if he is not able to speak. In the past, there were many cases where elderly Japanese couples used direct flights between Tokyo and Istanbul, but I think it will be quite difficult in the future.

Turn risk into a business opportunity

Some people believe that once the coronavirus has subsided, customers will return to the overseas travel industry in the same way as before, but I think the aftereffects will remain. Under such circumstances, it is expected that the future of the aviation industry and the future of the overseas travel industry will be quite tough, but since I am a business man, if the risk is so high, conversely business that reduces risk is doable. When you have a local infection, you can provide a solid medical service with a Japanese interpreter.When you need to return to Japan suddenly, not only will you be compensated for the cost of arranging a return flight, but the agent will also provide this for you. If there is a service to do, there should be considerable demand. Since American Express and others originally started as a travel agency, I think they should be able to provide such services, and I think insurance companies will also be in business. Tourism is an important industry for any country, and I think we should not lose that important industry because of infectious diseases. Eating wonderful food, touching the wonderful nature, and traveling provide a wonderful experience that enriches life. Don't lose that opportunity because of a virus.