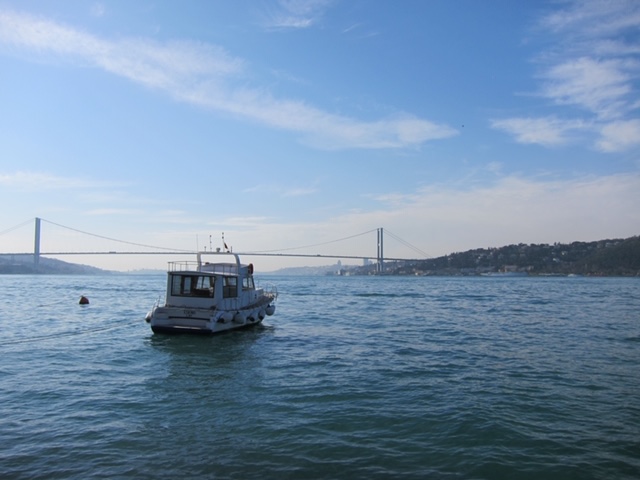 I lived in Istanbul twice and lived a total of 10 years there. I don't think there are many Japanese company staff who have lived in Turkey so long. People often ask me if I'm tired of staying in Turkey for such a long time, but I'm not tired at all. On the other hand, I am surprised that there are many misunderstandings about Turkey among the Japanese. I think that someone is actively spreading a big lie. As a Turkish fan, I would like to correct these misunderstandings one by one.

The first misunderstanding about Turkey is about its geographical location. Many Japanese have the impression that they are in the middle of the Middle East. Some even arrive in Istanbul and ask, "Where is the desert? Show me camels." This is an extreme example, but many Japanese confuse Turkey with the Middle East. Most of the respondents answered "Kyushu" or "Shikoku" in response to the question "Which place in Japan do you think Istanbul is located in terms of latitude?" Some people say "Okinawa", but the correct answer is "Aomori". There is a strait that separates Europe and Asia called the Bosphorus Strait from Istanbul, Everyone will be surprised if I tell them that it snows in winter.

But it's easy to believe that there is a desert in Istanbul. The criminal of this lie is a Japanese old song, "Tende Istanbul." This pop song, well-known to the elderly people, was very popular with its exotic melody, but the lyrics "Surreal in the Desert" came out. I'm not sure what's surreal, but I guarantee that the person who wrote this song has never been to Istanbul. If you search the desert in Istanbul, you will never find it, so don't expect it. The best time to visit Istanbul is summer. Winter is as dark or cold as Japan or even darker. I didn't have an air conditioner at home when I was stationed in Istanbul for the first time. The humidity is so low that we can survive even without an air conditioner. It's completely different from tropical nights in Japan.

London or Dubai which is closer?

Many people don't have a proper understanding of Turkey's position, so when I ask, "Which is closer to Dubai or London from Istanbul?", Most Japanese wants to say “don't ask such an easy question”,and answer “Dubai” The correct answer is London. Istanbul is a city that spans the Asian and European continents, so naturally it is close to Europe, and you can reach Rome in less than two hours by plane. Dubai takes more than 4 hours.

Is Turkey Europe or Middle East?

Recently, the number of people who understand correctly is increasing, but there are many people who cannot distinguish between Turkish and Arab. Most people in the Middle East have Arab descent, but Turkish are not. It belongs to the same Ural Altaic language group as Japanese and Mongolians. Besides Turkey, there are other countries in the Middle East where non-Arabs live. Yes, that is Iran, where the Persians live. Persians are said to be Aryan. When I was working for a trading company before, when the Istanbul branch changed in-house from the European group to the Middle East group, the Turkish staff at the branch was very disappointed at this change.From the perspective of the Turks, I think they were strongly aware that they wouldn't be with the Arabs of the Middle East. By the Japanese government's classification, Turkey is in the Middle East, but Europe and the United States position Turkey as a European group rather than the Middle East. Turkish national team is playing for The World Cup qualifying, not in Asia but in Europe group. If they appear in the Asian qualifying, they will definitely get one of the seats.

Many Japanese businessmen underestimate Turkey's national power. Even though I used to work for a trading company before, even professional businessman in the company  who should be familiar with international affairs had big misunderstanding. To the question "What is Turkey's rank in the world in terms of gross domestic product (GDP)?" Some people replied as 50th. Actually it's 19th place. Turkey is a member country of the G20 in the first place. I think it's natural to be within 20, Thailand, which is familiar to Japanese people, is ranked 26th, so I think you can think of Turkey as a country that is about 1.5 times larger than Thailand.

Turkey has been so misunderstood by Japanese people, but it is a very pro-Japan country. There are many Turkish people who are kind enough to Japanese. Once coronavirus is over, believe in my words and go to Turkey. Actually, in addition to Turkish Airlines, ANA was planning to fly a direct flight to Istanbul from July, but I wonder if it will be postponed ??? Please do not expect desert in Turkey.